[Sade x The Moon And The Sky]

Standing at the edge of a chasm
Our eyes begin to water, our souls dance like naked flames.
Dogmatic minds tremble, nihilist bones quiver.

I look over the edge and see tomorrow; I see oblivion
I hear its faint somber call
I feel its tug on my old soul.

Now I am at place where tomorrow is promised;  entered in forever.
Hanging on to threads that bind, all that is behind.
Lost in my mind;  I loose track of time,
And fall…

Stop embracing mediocrity.  It is a lame excuse for “promoting the arts”. Mediocrity is not what put creative arts where it is today. Quality over quantity should be a treasured value. Stop being lazy and put substance into your work.

“Try to be better than good enough” – Aubrey Graham 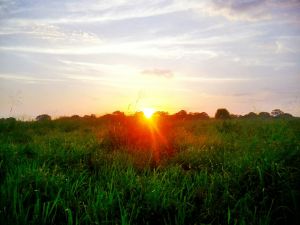 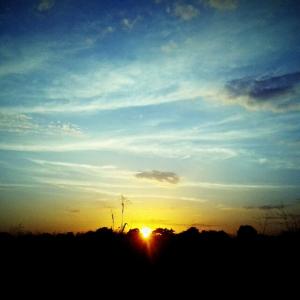 JMSN x Addicted and Addicted, Pt II.
My mindset is on the finest.
My mind tests, my resolve;
But my conviction revolves,
Around the one beyond the gulf
Whose heart is walled.
I swear she gon be with me like the force.
But not by force, of course.
The source of this entanglement is beyond.
I quite trynna understand it or fight it.
I embrace it and face it, till the very basis of my being is no more.
But through these A-B’s her soul will soar.
I hope it don’t cause her to grow sore.
Forgive me.
Lately the music been soothing,
The wounds from which emotion is oozing.
Scared of the thought of loosing,
You. So I hold on to the illusion.
I’m addicted B, I’m using.
So forgive me.
But it just hit me, bear with me
I don’t want victory, or sound contradictory.
Ergo, allow me to pour my heart out.
M showed me the man route.
Take it, I did. I can’t forsake it, or shake it.
I’ll remain unrequited or spited.
Forgive me B,
I’m addicted. 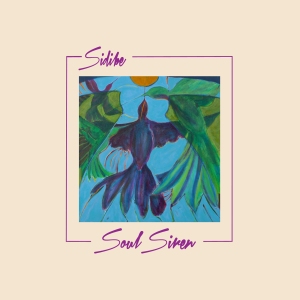 Sidibe is an upcoming neo soul – jazz – RnB artist based in Los Angeles with ties to West Africa. Soul Siren is her second EP, following her expository material ‘Metaphysical EP’, both of which are available on her soundcloud page and iTunes. I discovered her through a beautiful moment of serendipity, and I am proud to call myself a very loyal fan.
Soul Siren is an audacious effort at classic 90s RnB, whilst incorporating jazz and pop elements into its instrumentations. A blend which Nico Stadi, the primary producer on this Ep, mixes to perfection. There is an immense growth in the power and control of Sidibe’s voice. She does not have that typical Beyoncé/ Fantasia type vocals; however, she manages to control all the instruments perfectly. Thus, creating a very beautiful authentic sound. I found it difficult to put her sound in a rigid category because she has managed to incorporate her influences in perfect moderation. The whole EP is an apostrophe to a lover. Her lyrics are direct and aptly describe her feelings towards this unknown subject of emotion. Her writing to some extent lacks nuance and ambiguity. A good thing when discussing such passionate themes.
The lead single See You Girl is probably the best song on the project. The production contains mellowed, down tempo piano and guitar progressions and a barely noticeable jazz drum line. On this song, Sidibe pushes her vocals to their very limits and creates what I dare call magic. It is not a wow song; rather it is a beautiful song. The interlude titled Slow Dance With You is reminiscent of a TLC song with a serenading saxophone sample. The first song, The Way You Make Me Sing, has slight elements of synth. It is however suppressed and corroborates the general feel of the EP.
Sidibe shows immense growth in her music with this EP. She has identified her sound and is perfecting it. I appreciate that but I will still love to hear her on more experimental, slightly upbeat production. Another reservation I had with this EP was the brevity. I guess less is more. Quality over quantity is a much-disregarded philosophy in modern music.
Soul Siren is a very alive piece of art, as elegantly illustrated on the cover. Sidibe makes sunset music. The type you can play whilst watching the suns last dance on the calms waves of the ocean. That soothing relaxing sound. I give it a strong 8 out of 10. I hope Sidibe continues to grow with her music. She has immense talent, all that needs work is branding.

My husband is a prick,and I know it. My daughters are going through that weird phase where they hate each other, and I should do something or else things could stay that way. I like my boss, maybe a little more than I’d like to admit. *sigh* I thought I’d resigned myself to my life. Apparently I hadn’t. I shouldn’t have read that King book, Carrie or something *giggle*. That started all those thoughts in my head. It just looked so liberating. Finally explode, finally get the guts to do something.

And I did. The smell of gasoline fueled my liberation. The sound of that match when I struck it sounded like my chains falling off. That beautiful queen of a flame when I dropped it, it called me to the majesty that I really am. I am a queen. And as I watched those tongues of gold climb higher…

Ignite.
I seek to stoke,
The smouldering smoke
That resides
Deep in the brilliant eyes
Of you and I
As we look to the skies
And excite the forces of fire and ice
For a little respite
Despite
The sins we hide
The same that we claim we chide.

I am the match that is different from the rest.
The strike that sparks the best.
The flames that ensure the impure is charred ,
so from the ashes emerge the luminescence we look up to,
The stars.

WordPress has informed me that this is my hundredth post. I has been running this blog for close to two years on the principle of quality over quantity.  Everyday I am inspired by the immense growth I keep going through on here. The great minds I meet. How by you getting to know me through my art, I got to know myself and the world. Thank you.
-Hakeem Adam.

In the land where the sun and the moon agreed to share the sky, lived a peculiar creature called Ananse. He was not especially special, apart from his oblong head and legendary deeds. Ananse tried to live an ordinary life, but the gods destined for him to be remembered in story for ages to come. He tried to talk them out of it, but it ended in him being cursed with not so smart children. I heard the market women gossiping that it was because he tried to bribe them with faster internet speeds. Ananse thought he was so smart.  So now, the gods had left with five kids who could not peel a banana or sharpen a pencil.
Ananse became suicidal after a day with the kids. Manama, the youngest, and wandered into the palace and turned the immaculate powerhouse of the state in to a pigsty, annihilating the status quo. He had escaped execution only because he was a child of the gods and the luminescent joy in the eyes one could not help but admire. Even the scary executioner, clad in talismans, leaves, acre long longs and the sullen ambiance of death, could not perceive laying a finger on this cute child.
The leaves fell, but the kids did not get wiser. Every day someone was at Ananse’s threshold, complaining vehemently about his uncanny kids.  Their inspiring stubbornness and sheer brilliance in the art of mischief almost drove him to madness. It was in this limbo that he conceived the plan to free himself from the wrathful curse of the just gods. It is accurate to say that the human mind, when pushed to its limits births absolute fascination. However, it is not clear whether Ananse was human or not.
Ananse decided to create a surrogate father based on artificial intelligence to enable him to run away from his menacing kids whilst the all-knowing gods think he is still there. He was in awe of the brilliance of his immaculate plan and worked tirelessly to create The Krumatron 1000. His creation was near perfect, an exact replication of himself. The gods were about to be fooled. It made no sense that his ingenious plan should work. Ananse did not know too much about robotics also, his pathological laziness would not have allowed him to learn enough. It was all but destined to end in more curses.
One night, he packed his stuff and launched the Krumatron 1000. He had planned to spend the rest of his life on the beautiful white sand beaches of the Maldives, sipping the finest wines. However, the just gods could not allow Ananse to escape his punishment. The operated strictly on the principle of punishment and reward, something Ananse toiled to circumvent. The Krumatron had worked perfectly for the first few hours. Ananse observed with keen interest as his brainchild woke the not so smart kids up and prepared them for school. It brought tears to his eyes. It felt too good to be true. Then the power went out. Ananse anticipate this eventuality and had a redundancy ready to take the place of The Krumatron 1000 anytime it lost power. He had every possible twist covered.
Pleased with the initially observation of his well thought through plan. Ananse left for the Maldives, brimming with joy. He had triumphed over the gods. He spent the rest of his life surfing all day and partying all night. Ananse was forever remembered in story as the only creature to escape the just gods’ punishment. Again, it was rumoured by the market woman that it was because the gods could not swim to the Maldives. Such Lazy gods!

Dark clouds grumbling overhead meant today was going to be a bad day. He had been out a few hours but he had nothing to show for it. His basket was still heavy and discomforting his infant skull. The downpour throughout the night made many oversleep. The streets were not as packed as always. Traffic eased by, which for a street hawker was terrible, but joy for the drivers.

His counterparts weren’t as bothered as he was; selling dog chains, shoe polish and dusters was an advantage when the June rains came storming into Accra. Their goods won’t perish or be destroyed by the rain like his. The plantain chips he had hawked for three days were close to their end. He had grown to accommodate the cold of the night but the hunger always stung. Some of the hawkers had begun to walk from the Kaneshie traffic light, where…